Scroll Down Scroll Up
HOME / carers / Managing symptoms and changes / 3.14 Dealing with symptoms at home 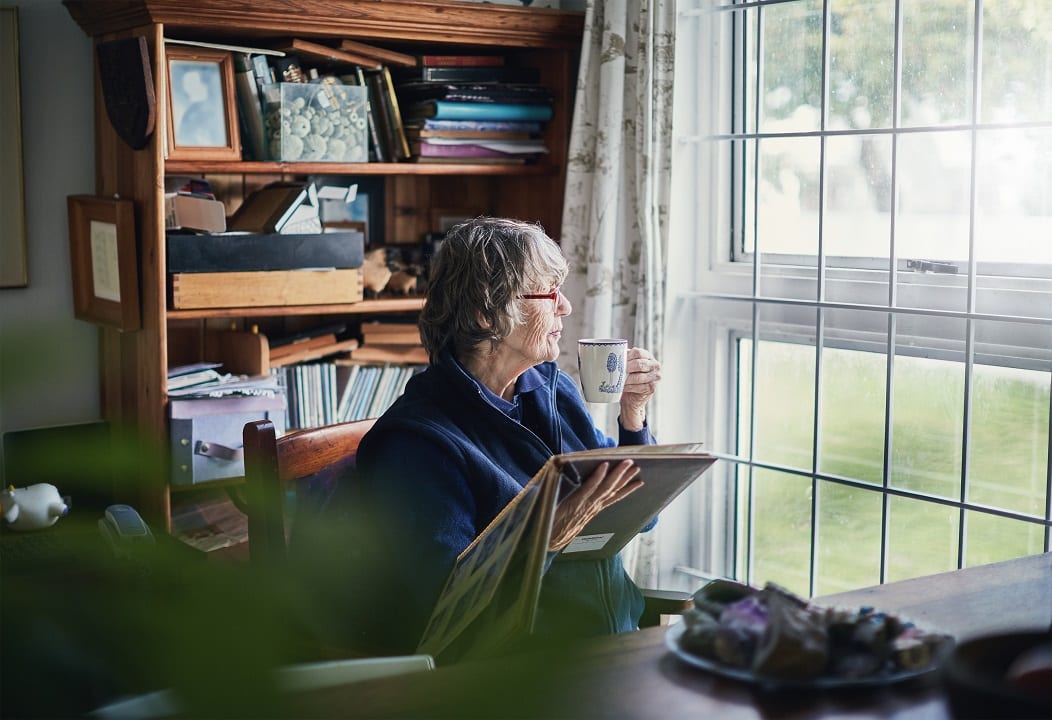 3.14 Dealing with symptoms at home

Considerations for living at home or moving into a retirement home.

Dementia will make daily activities harder. For older people, the challenges caused by dementia are often even more difficult due less physical strength, mobility, or other medical conditions.

Care partners and families often worry about the safety of the person with dementia living at home, especially if the person is living alone or their primary support is not close by. This article discusses steps that can be taken so the person living with dementia can keep living successfully at home.

Stay at home or move to a retirement home?

A frequent question that arises following diagnosis is whether to stay at home or move to a supported living environment, like a retirement home or community. There are pros and cons to both.

Tony and Cherie had retired and moved to the coast, which was two hours away from a major city where most of their family lived and where they visited medical specialists. Tony had a minor stroke a few years earlier and has permanent weakness on one side of his body, increasing his risk of falls.

Now in their 80s, and following Cherie’s dementia diagnosis, they wondered how they would manage to remain in their home moving forward. After discussions with their family, they decided to move to a retirement home closer to the city that had a 24-hour nurse on call. This provided the opportunity for additional assistance if they needed it. At the time, they worried that leaving their familiar home and friends would be particularly hard for Cherie.

Now, nearly 3 years later, they are very happy with their decision. They have found the other members of the retirement home to be a great source of support. Now that neither Tony or Cherie drive, the shuttle bus to the mall and other outings has been very helpful in maintaining their independence. Tony said that moving soon after Cherie’s diagnosis was the right time, because it gave her time to adapt to her new home and learn her way around.

Ray and Cliff had lived in their inner-city home for 30 years. They were close to friends, knew their neighbours, and were regulars at local cafes and restaurants. As Cliff’s memory declined, they chose to stay in their home, close to their social circle and amenities.

They worked with an occupational therapist to do some home modifications that help Cliff cope with visual problems that were affecting his ability to manage daily activities. Both Cliff and Ray were very happy with the decision to remain in their home. The furniture, pictures and items they had collected on trips over 30 years were familiar and remain a source of joyful memories. Ray commented that “if we had moved, we would have had to downsize. We would have not only lost items – we would have lost a source of happy memories for Cliff as well”.

Consider your options before making a decision

Careful consideration needs to be made for both yourself and the person with dementia about the pros and cons of moving or staying at home. Talk with trusted family members, your family doctor or nurse practitioner, a social worker or counsellor (if available) and even a financial advisor to give you different perspectives on the implications.

Next article →
Managing symptoms and changes