Scroll Down Scroll Up
HOME / Finding the right solution
Stories

From Wayne's perspective, think about what is best for the person, rather than automatically deciding to send someone to the emergency department at the hospital, because “maybe that is not always the best solution to the problem.”

The story of Wayne and his Wife

Wayne and his wife had no prior knowledge about dementia before she was diagnosed. This is not surprising. From Wayne’s perspective,

After her diagnosis, however, Wayne spent a great deal of time educating himself about her diagnosis to help her. Her diagnosis had a big impact on their lives; Wayne retired earlier than expected and his wife had to quit her job because of her changing abilities. Fortunately, as time moved on, they were able to move into the same facility, where she was transitioning to long-term care, and he was in supportive care. He was able to stay with her every day. She was terrified to go into the facility, but Wayne promised to see her every day, and he did; he was at her side when she opened her eyes in the morning and stayed with her until she fell asleep at night. Because of this, Wayne was exposed to the intimate workings of life in a care home. 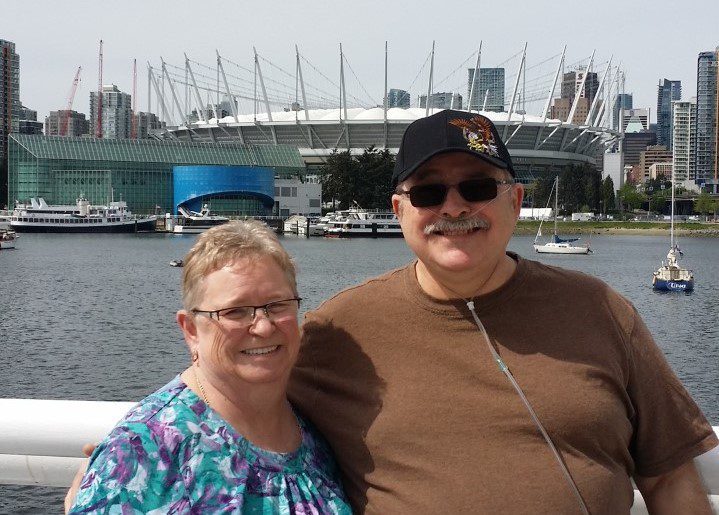 Eventually Wayne’s wife became non-verbal. But after being together for so long, he was able to read her body language. One day she was not feeling well, and a decision was made to take her to the emergency room at the local hospital. Wayne demanded that he be allowed to accompany his wife in the ambulance to the hospital. Once she arrived, he also demanded that he be by her side when she was going through a series of test to find out why she was not feeling well. It was determined that she needed to stay in the hospital for seven days to treat an infection.

At first, she was given antibiotics through an intravenous. However, she kept pulling it out of her arm. She was scared and confused and didn’t understand what was happening to her. She was switched to oral medication as a result. This is when Wayne suggested that she be moved back to the long-term care home, where she was comfortable in the environment, she knows the people, and there are nurses to monitor her care, and she felt safe, instead of making her stay in the hospital where the environment was “too chaotic,” according to Wayne.

When a person “doesn’t understand what is going on, [is] non-verbal, and can’t articulate what she is scared of or worried about,” the emergency room can be a terrifying place. This experience led Wayne on a journey to advocate for alternative care for people with dementia.

In Alberta, there is a group called, Community Paramedics, now called Mobile Health.

Wayne, in collaboration with Alberta Health Services, are trying to educate others on alternative care so that the person with dementia can stay where they are and be treated at the facility or home when possible and avoid the chaos of the emergency room. He has even been filmed for an educational video on the topic, Enter the Chaos Zone, that is posted on You Tube.

Wayne hopes that this education being provided to health-care professionals, care partners and family members will guide them to think about what is best for the person, rather than automatically deciding to send someone to the emergency department at the hospital, because

“maybe that is not always the best solution to the problem.”